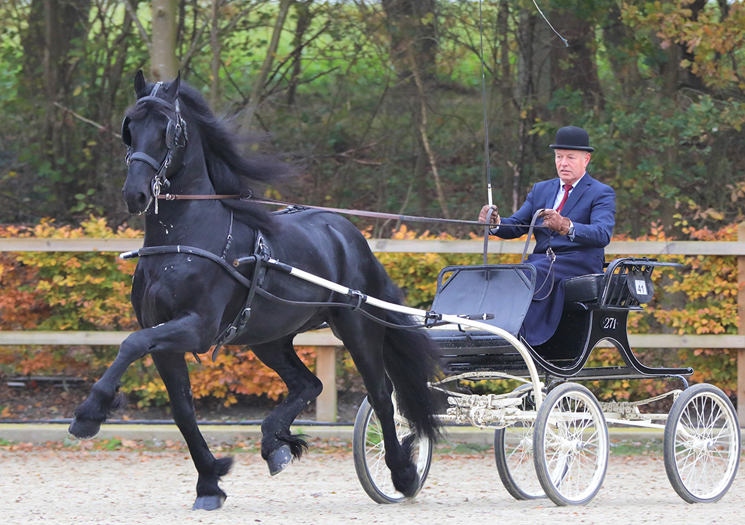 A crown on our farm!

As Foal, stallion owner Age Okkema saw something in him because Age WANTED him, we made a nice deal and Age Okkema became the owner.

Age took good care of him, because when he was appointed as a 3 year old for the CO, Marieke and Age decided to let him wait a year to allow him to grow even more. He was then already Large but still very youthful.

All this did him good, but in Sept 2019 the time had come. He was delivered and the jury was satisfied, but the vets also gave the green light. It was exciting weeks for the owners and we as breeders. I traveled to Exloo almost every week to see how the stallions were doing during the viewing days and interim exams. The first exam was after 6 weeks, he achieved a top score of 82.5 points for the driving test.

Then the final trajectory, the rig and people section, began. Willem E also showed him well, so we were getting closer to the finish line. The finish line was november 16th, after a long day, the redeeming word from the jury came at 3 p.m., Willem E was successful and was registered as Wibout 511. A crown on our breeding.