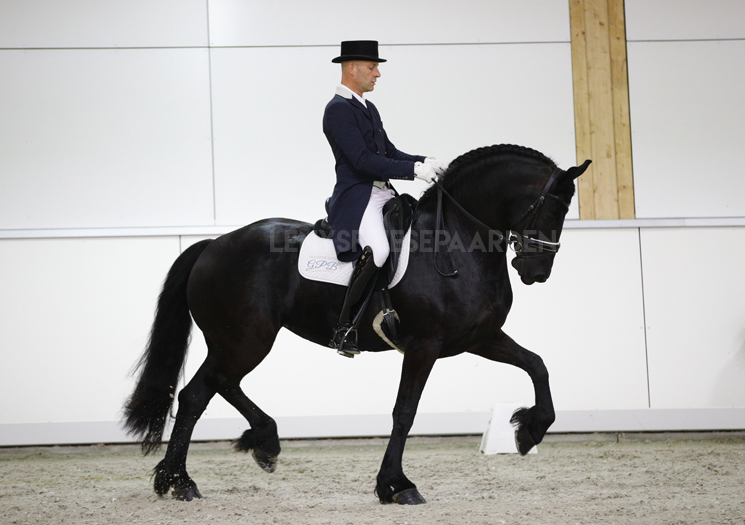 Geartsje Star Sport Elite! Our Star Sport mare Geartsje got her 1st foal in 2016, a filly by Jehannes 484 named Anna fan de iepene hikke. Her 2nd foal, born in 2017, was mare Femke fan de iepene hikke, daughter of Eise 489. Both mares have been sold . In 2017, after Femke was weaned, Geartsje went back into the sport. At that time she had earned the sport predicate. In June 2017, Geartsje was made pregnant with Jasper 366. In the meantime, she remained in training and soon she was at subtop level. When Geartsje started training with Bennie van Es, he called her willing to work and very intelligent. After 5 Prix st. George competings were the 5 needed profit points within. Geartsje has achieved the KFPS Elite Predicate. An extra bonus was that Bennie van Es managed to reach the top 3 with her up to three times. We are very proud of this result.